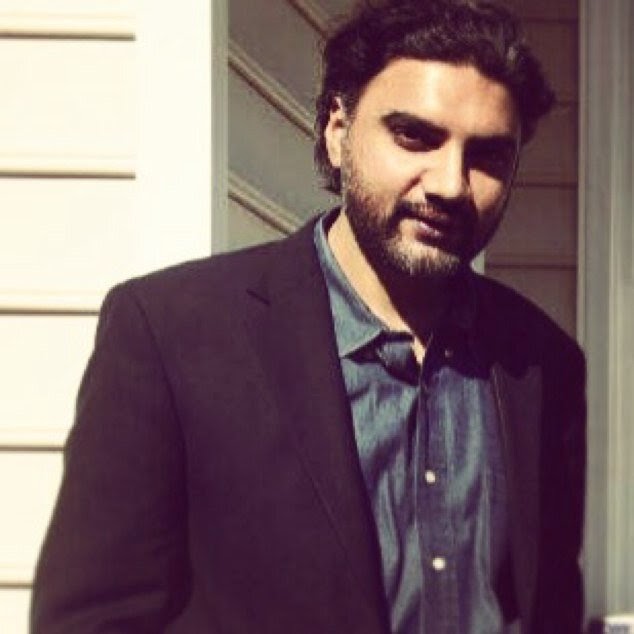 Tom Reiss’s hard work paid off when he discovered the real identity of Kurban Said, the author of ‘Ali and Nino’. It also appeared that Said’s (real name Lev Nussimbaum) birthplace was no place at all. The notes that Nussimbaum left with his publishers reveal that he spent all his life grappling with the problematic nature of his existence. He mused: “Most people can name a house or at least a place where they were born. To this place, or this house, one makes pilgrimages in one’s later years in order to indulge in sentimental reminiscences.” He was rootless where he took his first breath. How tragic!

We witnessed, quite recently, how Urdu poet Gulzar choked on his own tears when he visited Dina, his birthplace in Pakistan. He was lucky to have been given the opportunity to make that pilgrimage, unlike O.P Nerula, who was uprooted from his birthplace, Daska, after the partition. He melancholically described those memories in his short book, ‘I Still Remember a Small Town’.

“the land where I was born, there
I cannot sow anymore seeds of desire,
I once belonged there but today I cannot
belong to that land where my awareness was awakened.”

This proves the old saying that it’s easy to take a person out of his native town, but it’s hard to take the native town out of a person. The same person continuously, and sometimes unconsciously, makes inane comparisons between the new and old town they call home. It was unfortunate for O.P. Nerula that he could not come back to his motherland, but even those who migrate for brighter financial prospects are thrilled to the bone remembering their towns. A word, a picture or other form of stimulation could trigger a powerful memory.

It’s a dilemma really, that for some there are places that are home away from home, but for most that notion doesn’t exist. The Syrian poet Nazar Qabani, who worked abroad most of his life, longed for Damascus. The city remained his muse. He wrote, ‘Damascus, what are you doing to me’ and most importantly ‘Jasmine Scent of Damascus’. His will, written in London where he spent last few years of his life, included a clause that said he should be buried in Damascus, which he described as “the womb that taught me poetry, taught me creativity and granted me the alphabet of Jasmine.”

The time spent away-from-home was described well by Marcel Proust in his novel ‘In search of Lost Time’ or termed ‘Season of Hell’ by Pablo Neruda. While Pablo had an extended asylum and spent years away before returning to Chile, there are many who can’t bear to keep distance from their birth place at all, even for a few weeks. One of them was world-renowned poet Rasul Gamzatov.

Unlike Pablo, he wasn’t tempted to become a universal poet. He stuck to his roots. He extracted more energy and sharpened his skills further every time he returned from a foreign trip. He journeyed from Hiroshima to Africa, from Canada to Egypt, and always used his travels to draw comparisons between his host cities and his homeland of Daghestan.

The same Daghestan where ‘Ali and Nino’ found shelter. Where they faced hardships yet lived euphorically. Where they made love, and got married and, made love again. The mountainous area where the rule was “never, under any circumstances, to show one’s love in front of other people.” Yet Rasul propagated, and promoted his sole love.

If in this world a thousand men
With love for you are smarting,
Know that among those thousand men
Am I, Rasul Gamzatov.

If to your loveone hundred men
Enrol as willing martyrs,
Among them seek the mountaineer
By name Rasul Gamzatov.

If ten fine fellows you entrance,
Among those glad to barter
Their fortune for a loving glance
Am I, Rasul Gamzatov.

Should but one lover seek your hand
With fearless, peerless ardour,
Be sure theman’s none other than
The mountaineer, Gamzatov.

Should no one for your favours plead,
And sit you broken-hearted,
Upon a graveyard stone go read:
Here lies Rasul Gamzatov.
Rasul Gamzatov. If in this world a thousand men… Translated by Peter Tempest.

We don’t know if he was seeking similarities or a contrast to Daghestan when he came to Islamabad, but we do know that he was full of curiosity during the four days he stayed there.

In December 1995, former prime minister of Pakistan, Benazir Bhutto, presided over an international conference to promote literature. 600 writers from all over the world participated, and Rasul was the star of the show. He was heard saying, “Faiz was my only friend. With him I had a 30-year acquaintance. Without him, I feel very lonely and sad here.” Some twelve of his poems were already translated by Faiz Ahmed Faiz, who had won the famous Lenin Award a year before Rasul himself.

Similar to Nazar Qabbani, Rasul Gamzatov called Daghestan his cradle. He referred to foreign countries as mothers-in-law. “I have nothing against mother-in-law, but there is no Mother but Mother.”

When Gamzatov was born, his father took him to an older wise man in their family, who had a reputation for prophecy. The father asked the older man to name the newborn. The man studied the baby boy’s features, read some verses and declared: “Here is Rasul.”

Throughout his adult life, Gamzatov wondered whose rasul he was, whose messenger, whose representative? It turns out he was the Rasul of his Daghestan, his aul, his mountains, his rivers and his language, Avar. “From early youth one should realise that one has come into the world so as to become a representative of one’s people, and should be prepared to assume that role.” he declared.

Since age 11 he wrote romantically, passionately and empathetically, in poetry and prose, about his homeland. He became the people’s poet of Daghestan. “Daghestan, you are my love and my vow, my supplication and my prayer. You alone are the main theme of all my books and all my life.”

Rasul was a child prodigy. In his own words, when he was quite small his father would wrap him in a sheepskin cloak and recite his poems to him, so he knew them all by heart before he ever rode a horse or wore a belt. Later, Pushkin and Lermontov became his inspirations.

He realised over time that once you make peace within yourself you can spread peace outside. His poetry touches on his own personal experiences, detail his fears, his romances, his people and their fascinations which all connected with the universal truth.

The nesting place of his thoughts, his feelings and his aspirations bound him to the world, and ultimately that human experience was translated into dozens of languages. His message was spread in the form of the book known as ‘My Daghestan’.

Like true love, Rasul and Daghestan eventually became synonymous. Before his death ten years ago, he scribbled:
“About my country, as I wish
I cannot tell, though hard I try.
Full bags behind my saddle hang;
try as I might, they won’t untie.”
Rasul Gamzatov. My Daghestan. Translated by Julius Katzer.